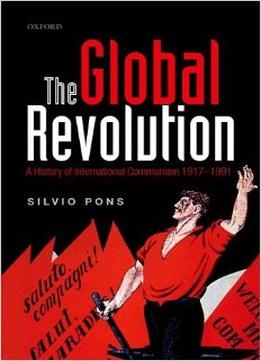 The Global Revolution. A History of International Communism 1917-1991 establishes a relationship between the history of communism and the main processes of globalization in the past century. Drawing on a wealth of archival sources, Silvio Pons analyses the multifaceted and contradictory relationship between the Soviet Union and the international communist movement, to show how communism played a major part in the formation of our modern world. The volume presents the argument that during the age of wars from 1914 to 1945, the establishment of the Soviet state in Russia and the birth of the communist movement had an enormous impact because of their promise of world revolution and international civil war. Such perspective appeared even more plausible in the aftermath of the Second World War and of revolution in China, which paved the way for the expansion of communism in the post-colonial world. Communism challenged the West in the Cold War - by means of anti-capitalist modernization and anti-imperialist mobilization - showing itself to be a powerful factor in the politicization of global trends. However, the international legitimacy of communism declined rapidly in the post-war era. Soviet power exposed its inability to exercise hegemony, as distinct from domination. The consequences of Sovietization in Europe and the break between the Soviet Union and China were the primary reasons for the decline of communist influence and appeal. Since communism lost its political credibility and cultural cohesion, its global project had failed. The ground was prepared for the devastating impact of Western globalization on communist regimes in Europe and the Soviet Union.