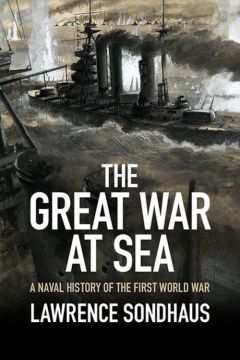 The Great War At Sea: A Naval History Of The First World War
by Lawrence Sondhaus / 2014 / English / EPUB, MOBI, AZW

This is a major new naval history of the First World War which reveals the decisive contribution of the war at sea to Allied victory. In a truly global account, Lawrence Sondhaus traces the course of the campaigns in the North Sea, Atlantic, Adriatic, Baltic and Mediterranean and examines the role of critical innovations in the design and performance of ships, wireless communication and firepower. He charts how Allied supremacy led the Central Powers to attempt to revolutionize naval warfare by pursuing unrestricted submarine warfare, ultimately prompting the United States to enter the war. Victory against the submarine challenge, following their earlier success in sweeping the seas of German cruisers and other surface raiders, left the Allies free to use the world's sea lanes to transport supplies and troops to Europe from overseas territories, and eventually from the United States, which proved a decisive factor in their ultimate victory.