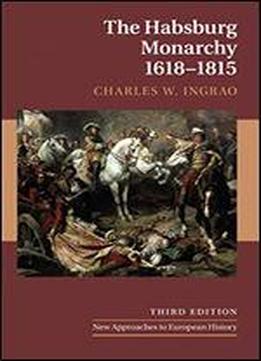 Geographically and linguistically diverse, by 1789 the Habsburg monarchy had laid the groundwork for a single European polity capable of transcending its unique cultural and historic heritage. Challenging the conventional notion of the Habsburg state and society as peculiarly backward, Charles W. Ingrao traces its emergence as a military and cultural power of enormous influence. In doing so, he unravels a web of social, political, economic and cultural factors that shaped the Habsburg monarchy during the period. Firmly established as the leading survey of the early modern Habsburg monarchy, this third edition incorporates a quarter of a century of new, international scholarship. Extending its narrative reach, Ingrao gives greater attention to 'peripheral' territories, manifestations of high culture, and suggests links between the early modern monarchy and the problems of contemporary Europe. This elegant account of a complex story is accessible to specialists and non-specialists alike.