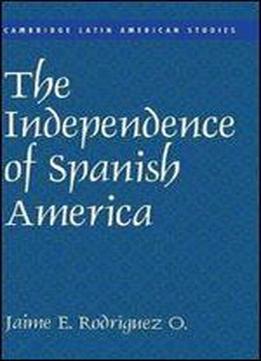 This book provides a new interpretation of the process of Spanish American independence (1808-1826) one that emphasizes political processes and cultural continuities, instead of the break with Spain. It is the first book to examine the representative government and popular elections introduced by the Spanish Constitution of 1812. Rodrguez O. argues that independence did not constitute an anticolonial movement, as many scholars assert, but rather formed part of the broader Spanish political revolution. In America, supporters of the government in Spain struggled with local juntas for control.