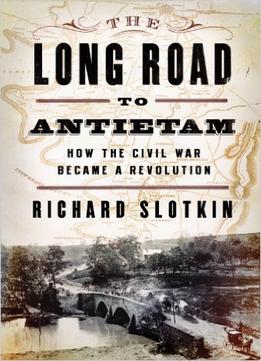 The Long Road To Antietam: How The Civil War Became A Revolution
by Richard Slotkin / 2012 / English / EPUB

A masterful account of the Civil War's turning point in the tradition of James McPherson's Crossroads of Freedom. In the summer of 1862, after a year of protracted fighting, Abraham Lincoln decided on a radical change of strategy―one that abandoned hope for a compromise peace and committed the nation to all-out war. The centerpiece of that new strategy was the Emancipation Proclamation: an unprecedented use of federal power that would revolutionize Southern society. In The Long Road to Antietam, Richard Slotkin, a renowned cultural historian, reexamines the challenges that Lincoln encountered during that anguished summer 150 years ago. In an original and incisive study of character, Slotkin re-creates the showdown between Lincoln and General George McClellan, the “Young Napoleon” whose opposition to Lincoln included obsessive fantasies of dictatorship and a military coup. He brings to three-dimensional life their ruinous conflict, demonstrating how their political struggle provided Confederate General Robert E. Lee with his best opportunity to win the war, in the grand offensive that ended in September of 1862 at the bloody Battle of Antietam. 10 illustrations; 8 maps