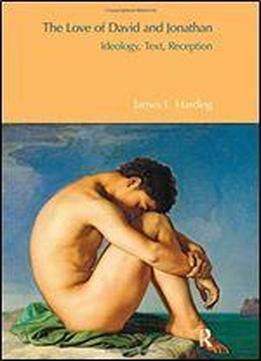 Were David and Jonathan 'gay' lovers? This very modern question lies behind the recent explosion of studies of the David and Jonathan narrative. Interpreters differ in their assessment of whether 1 and 2 Samuel offer a positive portrayal of a homosexual relationship. Beneath the conflict of interpretations lies an ambiguous biblical text which has drawn generations of readers - from the redactors of the Hebrew text and the early translators to modern biblical scholars - to the task of resolving its possible meanings. What has not yet been fully explored is the place of David and Jonathan in the evolution of modern, Western understandings of same-sex relationships, in particular how the story of their relationship was read alongside classical narratives, such as those of Achilles and Patroclus, or Orestes and Pylades. The Love of David and Jonathan explores this context in detail to argue that the story of David and Jonathan was part of the process by which the modern idea of homosexuality itself emerged.