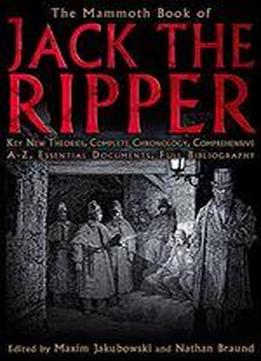 Updated and expanded edition of the fullest ever collective investigation into Jack the Ripper and the Whitechapel Murders.This volume collects not just all the key factual evidence but also 20 different arguments as to the identity of Jack the Ripper, such as that advanced by Patricia Cornwell. Contributions are from the world's leading Ripperologists, including William Beadle, Melvyn Fairclough, Martin Fido, Shirley Harrison, James Tully and Colin Wilson.The identity of Jack the Ripper has plagued professional historians, criminologists, writers and amateur enthusiasts. The many suspects include Montague John Druitt, Walter Sickert, Aaron Kosminski, Michael Ostrog, William Henry Bury, Dr Tumblety and James Maybrick. The only certainty is that Ripperologist have not found an invididual on whom they can all agree. The essays are supported by a detailed chronology, extensive bibliography and filmography.