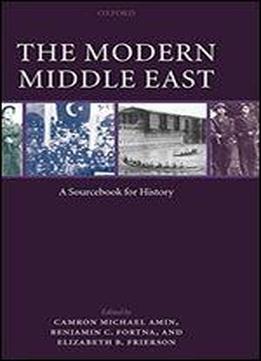 The Modern Middle East is a collection of translated sources covering the period from 1700 to the present. Sources include official and private archives, the periodical press, memoirs, western journalists' and travellers' accounts, literature, and official reports (including statistical data). Each document has been prefaced, translated and annotated by a specialist in the particular history and culture from which it was drawn. Enough information is provided so that everystudent can appreciate the value of a document and begin a further exploration either of its specific historical context or its relationship to broader themes in modern Middle Eastern history, whilst scholars will find it of value for its use in teaching and discussion. Themes covered include the expansion ofstate power, changing gender roles, religious revival, nationalist mobilization, increasing participation in a wider global culture and economy, and the redefinition of traditions and identities.