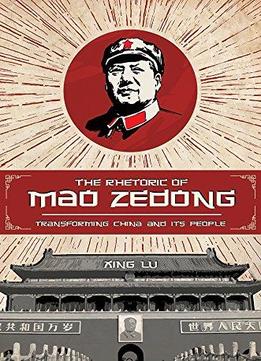 The Rhetoric Of Mao Zedong: Transforming China And Its People
by Xing Lu / 2017 / English / EPUB

Mao Zedong fundamentally transformed China from a Confucian society characterized by hierarchy and harmony into a socialist state guided by communist ideologies of class struggle and radicalization. It was a transformation made possible largely by Mao’s rhetorical ability to attract, persuade, and mobilize millions of Chinese people. Xing Lu’s book, Rhetoric of Mao Zedong, analyzes Mao’s speeches and writings over a span of sixty years, tracing the sources and evolution of Mao’s discourse, analyzing his skills as a rhetor and mythmaker, and assessing his symbolic power and continuing presence in contemporary China. Lu observes that Mao’s rhetorical legacy has been commoditized, culturally consumed, and politically appropriated since his death.

Applying both Western rhetorical theories and Chinese rhetorical concepts to reach a more nuanced and sophisticated understanding of his rhetorical legacy, Lu shows how Mao employed a host of rhetorical appeals and strategies drawn from Chinese tradition and how he interpreted the discourse of Marxism-Leninism to serve foundational themes of his message. She traces the historical contexts in which these themes, his philosophical orientations, and his political views were formed and how they transformed China and Chinese people.

Lu also examines how certain ideas are promoted, modified, and appropriated in Mao’s rhetoric. Mao’s appropriation of Marxist theory of class struggle, his campaigns of transforming common people into new communist advocates, his promotion of Chinese nationalism, and his stand on China’s foreign policy all contributed to and were responsible for reshaping Chinese thought patterns, culture, and communication behaviors.