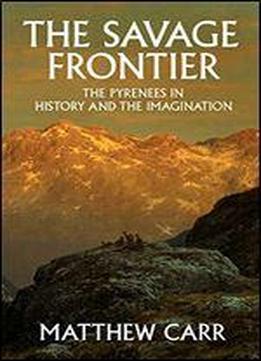 The Savage Frontier: The Pyrenees In History And The Imagination
by Matthew Carr / 2018 / English / EPUB

"[This book] traces the roots over the mountains taken by monks, soldiers, poets, pilgrims and refugees, examining the lives and events that have shaped the Pyrenees across the centuries. Its cast of characters includes Napoleon, Hannibal and Charlemagne the eccentric British climber Lord Henry Russell Francisco Sabat Llopart, the Catalan anarchist who waged a lone war across the Pyrenees against Franco for years after the [Spanish] Civil war and the cellist Pau [Pablo] Casals, who spent more than twenty-three years in exile only a few miles from the Spanish border, to show his disapproval of the regime."--Book jacket.