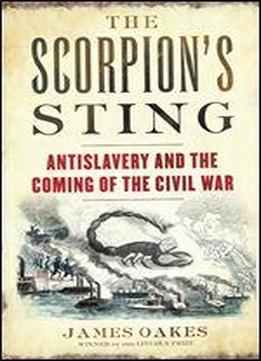 The Scorpion's Sting: Antislavery And The Coming Of The Civil War
by James Oakes / 2014 / English / PDF

The image of a scorpion surrounded by a ring of fire, stinging itself to death, was widespread among antislavery leaders before the Civil War. It captures their long-standing strategy for peaceful abolition: they would surround the slave states with a cordon of freedom, constricting slavery and inducing the social crisis in which the peculiar institution would die. The image opens a fresh perspective on antislavery and the coming of the Civil War, brilliantly explored here by one of our greatest historians of the period.