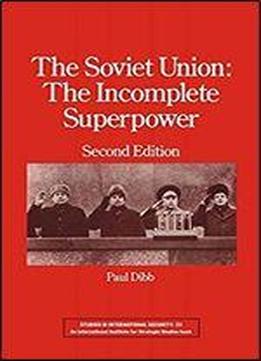 Now updated to the Gorbachev era, this book is an examination of the state of the Soviet Union today. One of its main aims is to highlight the weaknesses of this faltering empire. It takes the view that Soviet Union is "an incomplete superpower" lacking real economic, technological or ideological power. The only strength of the Soviet state is its military power, but because of this Moscow faces a formidable array of opponents who see it as an enemy.