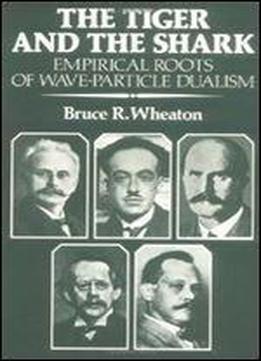 The Tiger And The Shark: Empirical Roots Of Wave-particle Dualism
by Bruce R. Wheaton / 1991 / English / PDF

The early twentieth century brought about the rejection by physicists of the doctrine of determinism - the belief that complete knowledge of the initial conditions of an interaction in nature allows precise and unambiguous prediction of the outcome. This book traces the origins of a central problem leading to this change in viewpoint and paradoxes raised by attempts to formulate a consistent theory of the nature of light. It outlines the different approaches adopted by members of different national cultures to the apparent inconsistencies, explains why Einstein's early (1905) attempt at a resolution was not taken seriously for fifteen years, and describes the mixture of ideas that created a route to a new, antideterministic formulation of the laws of nature. Dr Wheaton describes the experimental work on the new forms of radiation found at the turn of the century and shows how the interpretation of energy transfer from X-rays to matter gradually transformed a classical wave explanation of light to one based on particle like quanta of energy, and further, he explains how influential scientists came reluctantly to accept a wavelike interpretation of matter as well. This new and distinctively different account of one of the major theoretical shifts in modern physical thought will be of fundamental interest to physical scientists and philosophers, as well as to historians of science.