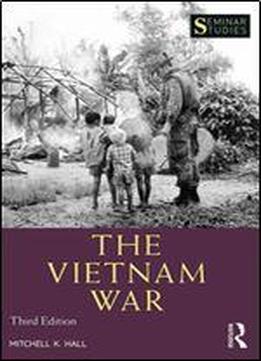 The Vietnam War examines this conflict from its origins up until North Vietnam's victory in 1975. Historian Mitchell K. Hall's lucid account is an ideal introduction to the key debates surrounding a war that remains controversial and disputed in American scholarship and collective memory. The new edition has been fully updated and expanded to include additional material on the preceding French Indochina War, the American antiwar movement, North Vietnamese perspectives and motivations, and the postwar scholarly debate. The text is supported by a documents section and a wide range of study tools, including a timeline of events, glossaries of key figures and terms, and a rich 'further reading' section accompanied by a new bibliographical essay. Concise yet comprehensive, The Vietnam War remains the most accessible and stimulating introduction to this crucial 20th-century conflict.