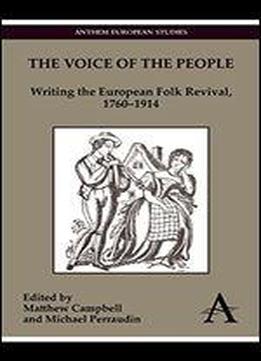 The Voice of the People presents a series of essays on literary aspects of the European folk revival of the eighteenth and nineteenth centuries, and focuses on two key practices of antiquarianism: the role that collecting and editing played in the formation of ethnological study in the European academy and the business of publishing and editing, which produced many folkloric texts of dubious authenticity. The volume also presents new readings of various genres, including the epic, song, tale and novel, and contributes to the study of several crucial European literary figures. Above all, it investigates the great anonymous authors of the European folk tradition in narrative and lyric art and their relation to the cultural movements and imagined identities of the peoples of the emerging nineteenth-century European nation.