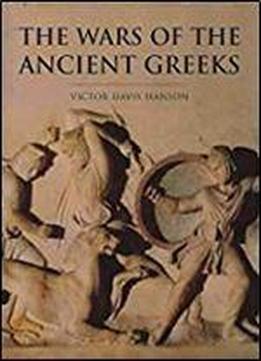 The Wars Of The Ancient Greeks: And Their Invention Of Western Military Culture
by Victor Davis Hanson / 1999 / English / PDF

The Ancient Greeks who believed that war is the most important thing humans do bequeathed to the West an incomparable military legacy that still influences the structure of armies and doctrine. Understand the reasons why their unique approach to fighting was so successful and so relentless, its role at the heart of classical culture, the rise of the city state, agrarian duels, the emergence of Athenian and Spartan power, the development of war as a specialized science, and the collapse of Greek warfare after Alexander the Great. 224 pages, 70 color illus., 80 b/w illus., 7 3/4 x 10 3/8.