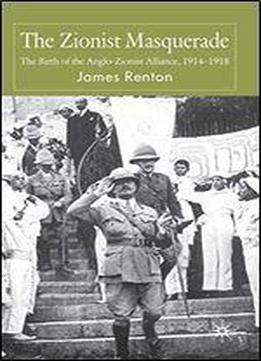 The Zionist Masquerade is a new history of the birth of the Anglo-Zionist alliance during the Great War - a critical chapter in the history of the Zionist-Palestinian conflict. James Renton argues that the Balfour Declaration was the result of a wider phenomenon of British propaganda policies during World War I that were driven by mistaken conceptions of ethnicity, ethnic power and nationalism. From this vantage point, Renton contends that while a number of Zionist activists played a crucial role in the making of the Balfour Declaration, the end result was not the great Zionist victory that has been widely assumed. Although the Declaration came to be the basis for the British Mandate for Palestine, which made a Jewish State possible thirty years later, this was far from being the original intention of the British Government. The primary purpose of Britain's wartime support for Zionism was to secure Jewish backing for the war effort. The unintended consequences of this policy, however, were to be explosive and far-reaching.