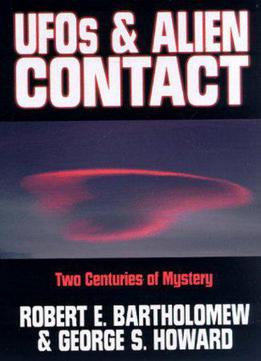 The power of imagination, group psychology, and the concept of "fantasy prone personalities," are explored by Bartholomew and Howard as they probe the history of how UFO stories are spread. The impact of "collective delusion" enhanced by the media can be dangerous, leaving great pain and tragedy in its wake. Included are detailed descriptions of the United States airship flap of 1896-97; the imaginary sightings of Thomas Edison's "electric star" of the late 1800s; Canada's phantom balloon wave of 1896-97; the New Zealand zeppelin scare of 1909; the British UFO panic of 1912-13; phantom German air raids and spy missions over Canada, New York, Delaware, New Hampshire, and Africa during World War I; Sweden's ghost rocket crisis of 1946. These are all reports of UFOs before the famed Roswell incident and the emergence of flying saucers since 1947. The authors examine collective behavior, fallible human perception, deviance, religion, popular culture, history, the role of the media, and relationships to the paranormal. From alien contact with humans to well-organized cults, UFOs and Alien Contact is gripping, humorous, and at times horrifying.