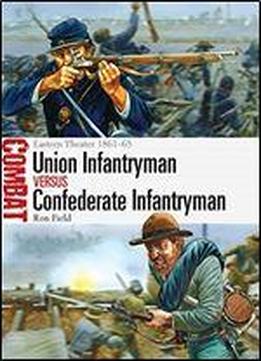 The enthusiastic but largely inexperienced soldiers serving on both sides in the Civil War had to adapt quickly to the appalling realities of warfare in the industrial age. Author Ron Field, an authority on the Civil War, investigates three clashes that illustrate the changing realities of combat. Pitched into combat after an exhausting march to reach the battlefield, newly recruited infantrymen of both sides clashed at First Bull Run/Manassas in 1861. Two years later, the outcome of the Civil War's pivotal battle at Gettysburg hung in the balance as the Confederate veterans of Pickett's Division mounted a set-piece attack on Union positions at 'The Bloody Angle'. In 1864, African-American troops fighting for the Union took part in a bloody assault on formidable Confederate positions at Chaffin's Farm/New Market Heights, outside Petersburg. This absorbing study casts light on what it was like to take part in close-quarters battle during the Civil War, as increased infantry firepower and an increasing reliance on prepared defensive positions spelled the end of close-order tactics in the conflict that shaped America.