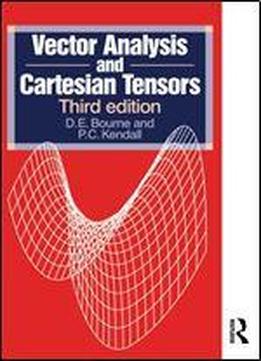 The most popular textbook approach to vector analysis begins with the defini­tion of a vector as an equivalence class of directed line segments - or, moreloosely, as an entity having both magnitude and direction. This approach is nodoubt appealing because of its apparent conceptual simplicity, but it is fraughtwith logical difficulties which need careful handling if they are to be properlyresolved. Consequently, students often have difficulty in understanding fullythe early parts of vector algebra and many rapidly lose confidence. Anotherdisadvantage is that subsequent developments usually make frequent appealto geometrical intuition and much care is needed if analytical requirementsare not to be obscured or overlooked. For example, it is seldom made clearthat the definitions of the gradient of a scalar field and the divergence and curlof a vector field imply that these fields are continuously differentiable, andhence that the mere existence of the appropriate first order partial derivativesis insufficient.