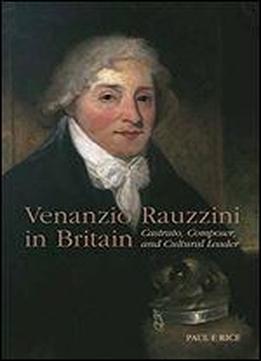 The remarkable career of Venanzio Rauzzini (1746-1810) sheds new light on changing musical tastes in late eighteenth-century Britain. Rauzzini was a leading soprano castrato who sang in the premiere of Mozart's Lucio Silla in 1772. Mozart was so pleased with the singer that he composed the famous motet Exsultate Jubilate for him. This book examines Rauzzini's career in Britain, starting with his three seasons as a principal singer at the King's Theatre in London (1774-77). Rauzzini was the first castrato to make Britain his home, and he enjoyed a multifaceted career there as a singer, concert director, composer (operas, chamber music, and songs), and voice teacher. Rauzzini's leadership of the Bath subscription concerts from 1780-1810 reveals the degree to which shifts in the social demographics of Bath over this period caused him to reevaluate his compositional choices, especially in light of the patriotic fervor that swept the nation during the protracted war with France. Furthermore, the recovery of much of the repertory performed during these concerts provides specific insights into issues of concert management at the time. Paul F. Rice, Professor of Musicology in the School of Music, Memorial University of Newfoundland, is the author of four previous books and has edited scores for CD recordings on the Naxos, Dorian, and Centaur labels.