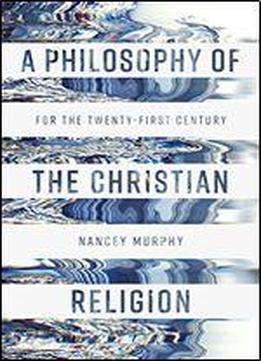 A Philosophy Of The Christian Religion: For The Twenty-first Century
by Nancey Murphy / 2019 / English / EPUB

A Philosophy of the Christian Religion offers a new kind of introduction to the subject. Whereas most introductions in the past have attempted to deal with religion in general, this book focuses on philosophical issues of special importance to Christianity. In doing this, Nancey Murphy also takes full account of how conceptual revolutions in philosophy now mean that what older introductions termed 'standard problems' have changed from the way they were dealt with in earlier eras. At the same time, this new introduction helps the reader to better understand how contemporary issues have come to take on their current force by placing them within the context of the most sophisticated account available of human reason: Alasdair MacIntyre's tradition-constituted rationality. Contents Part One: A Brief History of Reason 1. Ancient and Medieval Ways of Knowing the Divine 2. Modern Epistemology and the Possibility of Theology 3. Faith in Late Modern Reasoning 4. Faith and Reason for the Twenty-First Century Part Two: Crises in Modern Christianity 5. Three Epistemological Crises for Christianity in Modernity 6. The Problem of Special Divine Action 7. Modern Problems of Evil and Suffering 8. Science and Christianity 9. Christian Anthropology, Philosophy, and Science 10. The Development of Modern Naturalism