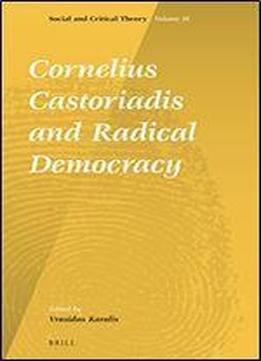 This book analyses the philosophy of Greek-born French philosopher Cornelius Castoriadis. A leading member of the influential revolutionary group, Socialism or Barbarism in France, Castoriadis analysed contemporary political subjectivity and culture in terms of the collective and individual attempt to gain autonomy. His philosophy frames a multi-dimensional analysis of modern capitalist societies, based on a systematic critique of orthodox Marxism, Heideggerian ontology and Lacanian psychology.0The present volume consists of two parts. In the first part, his most significant essays written before his departure to France in 1945 are translated and present young Castoriadis interpretation of Max Webers theory of bureaucratic societies. The second part consists of a series of essays by various scholars on aspects of Castoriadis mature philosophy in relation to other thinkers, and against the background of Europes political and social history.