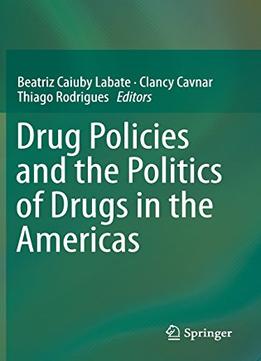 This book is a collection of studies of drug policies in several Latin American countries. The chapters analyze the specific histories of drug policies in each country, as well as related phenomena and case studies throughout the region. It presents conceptual reflections on the origins of prohibition and the “War on Drugs,” including the topic of human rights and cognitive freedom. Further, the collection reflects on the pioneering role of some Latin American countries in changing paradigms of international drug policy. Each case study provides an analysis of where each state is now in terms of policy reform within the context of its history and current socio-political circumstances. Concurrently, local movements, initiatives, and backlash against the reformist debate within the hemisphere are examined. The recent changes regarding the regulation of marijuana in the United States and their possible impact on Latin America are also addressed. This work is an important, up-to-date and well-researched reference for all who are interested in drug policy from a Latin American perspective.