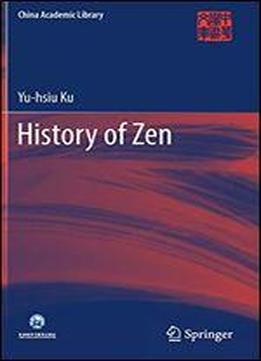 This book tells about the "History of Zen" in China and Japan. It has altogether 16 chapters. The first eight chapters are about Zen in China and the later eight chapters about Zen in Japan. It is mainly concerned with a detailed account of inheriting lineage and sermons of different Zen schools and sects in China and Japan as well as the specific facts of Chinese monks crossing over to Japan for preaching and Japanese monks coming to China for studying. Chan (Zen) Buddhism first arose in China some fifteen hundred years ago, with Bodhidarma or Daruma being the First Patriarch. It would go on to become the dominant form of Buddhism in China in the late Tang Dynasty, absorbing Chinas local culture to form a kind of Zen Buddhism with Chinese characteristics. Zen Buddhism has not only exerted considerable influence on Chinese society and culture throughout its history, but has also found its way into Japan and the Democratic Peoples Republic of Korea.The lineage charts at the end of the book, collected by the author from different corners of the world, represent an invaluable resource. Further, the works and views on Zen of Western scholars introduced in this book are of great reference value for the Zen world.