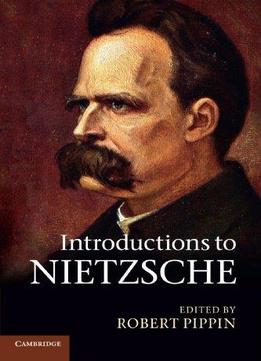 Introductions To Nietzsche
by Robert B. Pippin / 2012 / English / PDF

Friedrich Nietzsche (1844–1900) is one of the most important philosophers of the last two hundred years, whose writings, both published and unpublished, have had a formative influence on virtually all aspects of modern culture. This volume offers introductory essays on all of Nietzsche's completed works and also his unpublished notebooks. The essays address such topics as his criticism of morality and Christianity, his doctrines of the will to power and the eternal recurrence, his perspectivism, his theories of tragedy and nihilism and his thoughts on ancient and modern culture. Written by internationally recognized scholars, they provide the interested reader with an up-to-date and authoritative overview of the thought of this fascinating figure.