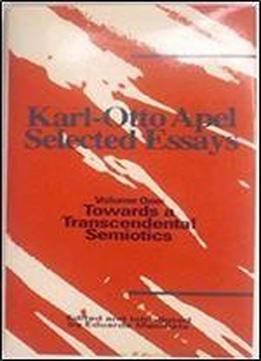 Apel, one of the most important philosophers of post-war Germany, offers a synthesis of the Continental and the analytical philosophies of language via a semiotical transformation of Kantian philosophy. He develops a post-metaphysical philosophical system that grounds semiotically and transcendentally a theory of types of rationality, a pragmatic theory of truth, a hermeneutics, an anthropology, and a discourse ethics. His essays make a major contribution to one of today's most important philosophical currents - the discourse theory of ethics - and to its underpinning theory of communicative rationality, both of which have previously been primarily associated with Jurgen Habermas.