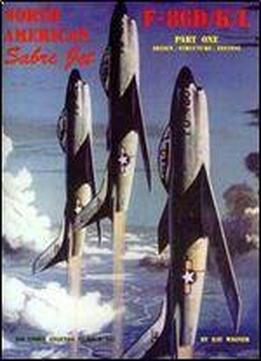 The importance of this single seat all-weather bomber/interceptor has been always overshadowed by the Korean War vintage F-86A/E/F series of day fighters. Production of F-86D's alone accounted for 2,506 aircraft. Although un-glamorous compared to its day fighter brother, the "Dog" was responsible for several world speed records. This book covers every aspect of F-86D/K and L design, structure and testing etc. It manages to cover many rarely-seen developmental aspects, and brings together a lot of new photos. Also a good modelling companion, it has a high number of Tech Order extracts and detail photos.