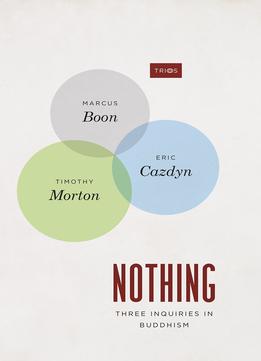 Nothing: Three Inquiries In Buddhism
by Eric Cazdyn / 2015 / English / EPUB

Though contemporary European philosophy and critical theory have long had a robust engagement with Christianity, there has been no similar engagement with Buddhism—a surprising lack, given Buddhism’s global reach and obvious affinities with much of Continental philosophy. This volume fills that gap, focusing on “nothing”—essential to Buddhism, of course, but also a key concept in critical theory from Hegel and Marx through deconstruction, queer theory, and contemporary speculative philosophy. Through an elaboration of emptiness in both critical and Buddhist traditions; an examination of the problem of praxis in Buddhism, Marxism, and psychoanalysis; and an explication of a “Buddhaphobia” that is rooted in modern anxieties about nothingness, Nothing opens up new spaces in which the radical cores of Buddhism and critical theory are renewed and revealed.