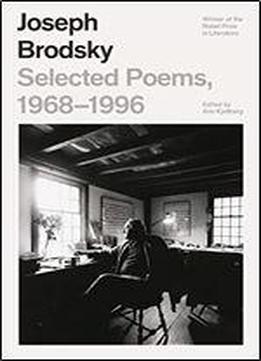 Joseph Brodsky spent his life advocating for the place of the poet in society. As Derek Walcott said of him, Joseph was somebody who lived poetry . . . He saw being a poet as being a sacred calling. The poems in this volume span Brodskys career, which was marked by his expulsion from the Soviet Union in 1972. Together, they represent the project that, as Brodsky said, the condition we call exile presented: to set the next manhowever theoretical he and his needs may bea bit more free. This edition, edited and introduced by Brodskys literary executor, Ann Kjellberg, includes poems translated by Derek Walcott, Richard Wilbur, and Anthony Hecht, as well as poems written in English or translated by the author himself. Selected Poems surveys Brodskys tumultuous life and illustrious career and showcases his most notable and poignant work as a poet.