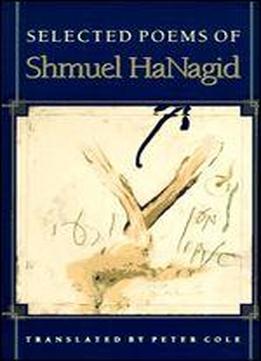 The first major poet of the Hebrew literary renaissance of Moslem Spain, Shmuel Ben Yosef Ha-Levi HaNagid (993-1056 c.e.) was also the Prime Minister of the Muslim state of Granada, battlefield commander of the non-Jewish Granadan army, and one of the leading religious figures in a medieval Jewish world that stretched from Andalusia to Baghdad. Peter Cole's groundbreaking versions of HaNagid's poems capture the poet's combination of secular and religious passion, as well as his inspired linking of Hebrew and Arabic poetic practice. This annotated Selected Poems is the most comprehensive collection of HaNagid's work published to date in English. "The Multiple Troubles of Man" The multiple troubles of man, my brother, like slander and pain, amaze you? Consider the heart which holds them all in strangeness, and doesn't break. "I'd Suck Bitter Poison from the Viper's Mouth" I'd suck bitter poison from the viper's mouth and live by the basilisk's hole forever, rather than suffer through evenings with boors, fighting for crumbs from their table.