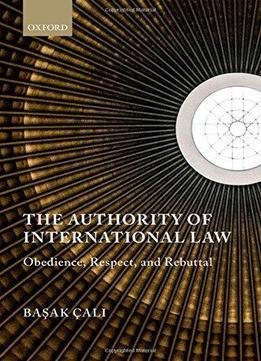 This book provides an original account of the authority of international law, one that is not tied to prior state consent or domestic constitutional frameworks. It offers a nuance account, arguing that whether or not international law is obeyed within any given situation depends on the type of duty it imposes on the state, and that duties normative force. There is no black and white framework in which international law always trumps domestic law or vice versa. Instead, Cali presents a realistic account of when international law has absolute authority, and when it can afford a margin of appreciation to states.