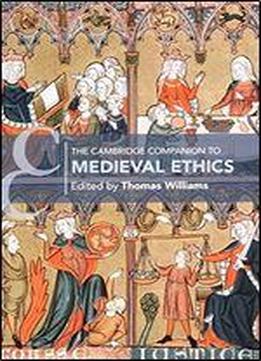 Ethics was a central preoccupation of medieval philosophers, and medieval ethical thought is rich, diverse, and inventive. Yet standard histories of ethics often skip quickly over the medievals, and histories of medieval philosophy often fail to do justice to the centrality of ethical concerns in medieval thought. This volume presents the full range of medieval ethics in Christian, Islamic, and Jewish philosophy in a way that is accessible to a non-specialist and reveals the liveliness and sophistication of medieval ethical thought. In Part I there is a series of historical chapters presenting developmental and contextual accounts of Christian, Islamic, and Jewish ethics. Part II offers topical chapters on such central themes as happiness, virtue, law, and freedom, as well as on less-studied aspects of medieval ethics such as economic ethics, the ethical dimensions of mysticism, and sin and grace. This will be an important volume for students of ethics and medieval philosophy.