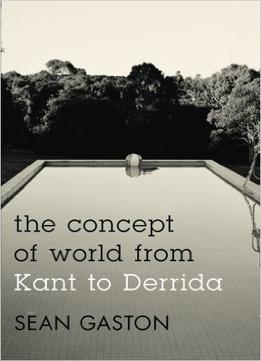 In the mid-eighteenth century metaphysics was broadly understood as the study of three areas of philosophical thought: theology, psychology and cosmology. This book examines the fortunes of the third of these formidable metaphysical concepts, the world. Sean Gaston provides a clear and concise account of the concept of world from the mid-eighteenth century to the end of the twentieth century, exploring its possibilities and limitations and engaging with current issues in politics and ecology. He focuses on the work of five principal thinkers: Kant, Hegel, Husserl, Heidegger and Derrida, all of whom attempt to establish new grounds for seeing the world as a whole. Gaston presents a critique of the self-evident use of the concept of world in philosophy and asks whether one can move beyond the need for a world-like vantage point to maintain a concept of world. From Kant to the present day this concept has been a problem for philosophy and it remains to be seen if we need a new Copernican revolution when it comes to the concept of world.