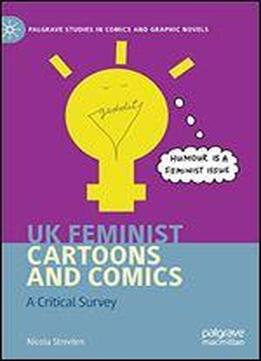 This book demonstrates that since the 1970s, British feminist cartoons and comics have played an important part in the Womens Movement in Britain. A key component of this has been humour. This aspect of feminist history in Britain has not previously been documented. The book questions why and how British feminists have used humour in comics form to present serious political messages. It also interrogates what the implications have been for the development of feminist cartoons and for the popularisation of feminism in Britain. The work responds to recent North American feminist comics scholarship that concentrates on North American autobiographical comics of trauma by women. This book highlights the relevance of humour and provides a comparative British perspective. The time frame is 1970 to 2019, chosen as representative of a significant historical period for the development of feminist cartoon and comics activity and of feminist theory and practice. Research methods include archival data collection, complemented by interviews with selected cartoonists. Visual and textual analysis of specific examples draws on literature from humour theory, comics studies and feminist theory. Examples are also considered as responses to the economic, social and political contexts in which they were produced.