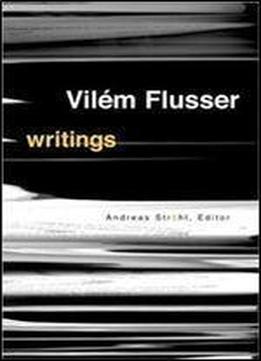 Ten years after his death, the reputation of Vilem Flusser as one of Europe's most original modern philosophers continues to grow. Increasingly influential in Europe and Latin America, the Prague-born intellectual's thought has until now remained largely unknown in the English-speaking world due to a lack of translations. His innovative writings theorize-and ultimately embrace-the epochal shift that humanity is undergoing from what he termed "linear thinking" (based on writing) toward a new form of multidimensional, visual thinking embodied by digital culture.