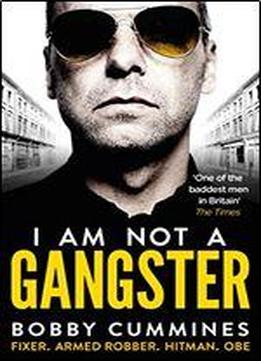 'I am not a gangster,' I spat. 'I'm a businessman trying to make a hard-earned crust. Understood?' I didn't give him time to reply. I took the barrel out of his mouth and smashed him in the face with the butt. His lip split, but he wasn't a dead man. He seemed to appreciate that his life had been spared. He spluttered his thanks: 'Ok, youe(tm)re not a gangster. You are not a gangster.' This is the gripping true story of how one man ruled his north London manor with an iron fist e" and a sawn-off shotgun called Kennedy. Ite(tm)s a shocking insight into a society where the rules are made by gangland leaders and if anybody dare break them, they have to deal with the consequences. Bobby was sent to prison for the first time in 1967, aged 16, and over the next decade he established himself as a hardened criminal running protection rackets and robberies against a backdrop of all-out gang warfare, where doorstep slayings and bloody shoot-outs were common. Eventually Bobby was sentenced to 12 years in Britaine(tm)s most notorious prisons, along with the Krays, Charlie Richardson and the Yorkshire Ripper. Inside, he was introduced to the Open University and on his release he soon got down to business again. Only this time his efforts saw him go from custody of Her Majestye(tm)s Prison Service to meeting with the Queen herself... I Am Not A Gangster is an explosive account of life in the criminal underworld by one of Britaine(tm)s most dangerous men, but above all ite(tm)s a remarkable tale of redemption with the biggest turnaround in gangland history.