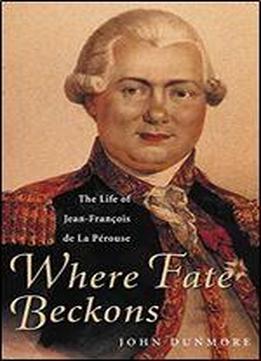 Jean-Franois De Galup, Comte De La Prouse is second only to James Cook in his historical significance and was the major explorer of the Pacific in the eighteenth century.Prouses life has been the subject of prolonged study by John Dunmore, the acknowledged world expert, and this fresh and lively biography reveals the epic adventure of an extraordinary life. As a naval officer La Prouse captured two English forts in Hudson Bay in 1782 and was recognised by both sides for his courage and humanity. Three years later the King of France put him in charge of an expedition to rival James Cooks. Prouses two 500 ton ships left France in August 1785 replete with a mathematician and three naturalists. They mapped the American north west from Alaska to California and the unknown seas north of Japan and the Siberian coast. During the voyage messengers were sent overland back to France with reports and discoveries.Just five days after the First Fleet landed at Botany Bay, Australia, La Prouse arrived and uneasy pleasantries were exchanged. Shortly after Prouse set sail towards the Solomon Islands and he and his ships were never seen again.A romantic man with the saddest marriage story, a great soldier, an inspired leader and a man with a mysterious end, Prouses story has now finally come to light with this major new biography.