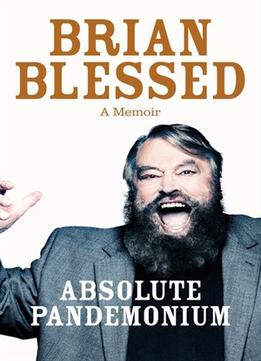 Brian Blessed is a national treasure - an actor whose stellar career spans over fifty years with over 200 TV and film appearances and dozens of iconic roles including Porthos in The Three Musketeers, Long John Silver in Return To Treasure Island, Richard IV in Blackadder, Vultan in Flash Gordon and Boss Nass in Star Wars: The Phantom Menace. He was also in Kenneth Branagh's Shakespeare adaptations of Henry V, As You Like It and Hamlet. He's also an explorer and mountaineer - the oldest man to have trekked to the magnetic North Pole and to have climbed to 28,000 feet with oxygen - and a boxer who has sparred with Joe Louis and Mohammad Ali. Now this gifted raconteur is sharing his extraordinary story of a life lived to the full. Funny, outspoken, at times touching, Absolute Pandemonium is the entertaining story of one of Britain's best-loved actors.